Olympic field hockey is a popular sport in many countries, though in the US, ice hockey is far more common. However, given that both sports share major similarities and styles of play, field hockey is one of the most accessible “obscure” Olympic sports for American bettors. If you’re looking for field hockey Olympic betting odds for the 2021 Summer Games in Tokyo, you’ll be able to find them at most offshore sports betting site. However, before you make any wagers, you’ll want to take a moment to familiarize yourself with the sport, its rules, the various associated betting nuances inherent in the game, and the current status of competitive field hockey. As an informed bettor, you’re more likely to come out on top when you finally place your wagers. Field hockey was first played – as far as anyone knows – sometime in the Middle Ages in India. In most of the world, field hockey is the most popular form of hockey. As such, most nations refer to field hockey as simply “hockey.” Depending on where you bet on the sport, then, you may come across it listed as such.

Field hockey has long been an Olympics staple. While making its Olympic debut in 1908 (London), the event was left off the schedule for the next two Olympic Games. It was dropped again for the 1924 Olympics (Paris) before being reinstated for the 1928 Games in Amsterdam. Field hockey has remained on the Olympic schedule ever since, and it’s now one of the most popular outdoor events of the Olympics after the various major track and field disciplines. The 2021 Tokyo Summer Olympics field hockey tournament will be held at a newly constructed venue, the Oi Hockey Stadium, in the Oi Central Seaside Park Sports Forest. After the Olympic Games, Japan intends to use the new facility as a multi-purpose sports complex, replete with artificial turf.

What Teams Will Compete In Hockey At The 2021 Summer Olympics?

The teams to compete in the 2021 Olympics field hockey men’s and women’s tournaments have not yet been decided. However, the sport’s governing body – the International Hockey Federation (FIH) – will handle seeding, with each of the Continental Champions (five each for men and women) and the host country (Japan) getting automatic berths. The remaining six nations (for a total of 24 teams) will be decided by a qualification event to be determined. In the Olympics, there will be 12 men’s field hockey teams and 12 women’s field hockey teams competing.

Can US Residents Bet On Hockey In The Olympics?

Yes! If you live in the United States, you can easily wager on field hockey in the Olympic Games. With many states now offering legal sports wagering, at least some of these venues will have odds on field hockey. However, for most US residents, the better option will be to use legal offshore sportsbooks. Not only can residents of all 50 states use most of the top overseas betting sites, but these books will actually have way more field hockey odds posted than you can reasonably expect from a domestic book. Since field hockey is unpopular outside of the NCAA in America, foreign books are bound to have a better understanding of the sport and more experience setting accurate lines for each contest. If you bet on field hockey at offshore books, you can use this cultural edge to your advantage.

Entering the 2021 Tokyo Olympics, the Netherlands are sitting at the top of the odds boards for field hockey. They’re favored over the entire field as a matter of fact - their presence defines the sport. They’re the all time leader in gold medals, and they’re looking to add another one, while teams like Argentina, Great Britain and New Zealand are their closest competition - but could still reasonably be considered dark horses.

What Are The Rules Of Olympic Field Hockey?

While most US bettors won’t be intimately familiar with the rules of Olympic field hockey, there’s not a whole lot to learn if you have any experience whatsoever with the more popular US variant, ice hockey. Field hockey is played on grass, artificial turf, “water turf”, and even hard indoor board surfaces. Sticks are similar to their ice hockey counterparts and made out of wood, fiberglass, and other materials. The ball is a hard plastic sphere called the “hockeyball” (as opposed to the “hockey puck” you’re likely used to). Each team has 10 players and a goalie on the field at any given time, and substitutions are unlimited. Players must control the hockeyball with their sticks, and as in soccer, only the goalies are allowed to touch the ball with their hands.

A field hockey game consists of two 35-minute periods and a five-minute halftime. Alternatively, a game may consist of four 15-minute quarters and short breaks between. The rectangular playing surface is 91.4m x 55m (100yd x 60.1yd). If you can imagine ice hockey but on a football field played by players in soccer uniforms (shin guards, no helmets), you should get the idea of the size and style of play that field hockey encompasses.

How To Bet On Hockey In The 2021 Summer Olympics

You can bet on field hockey in the 2021 Summer Olympics the same way you’d wager on a soccer game or ice hockey game. You’ll get typical team-based betting lines, allowing you to wager on things like spreads, straights, totals, and more. Some sites will even offer live betting on field hockey, so you’ll be able to wager on dynamic odds as they change to reflect the real-time action. There may even be player and team props available, though most books are unlikely to go that in-depth on their field hockey odds. Nevertheless, if you’re after any mainstream wager type that you’d come across while betting on your favorite US sports, you’re sure to find them for field hockey at the 2021 Tokyo Olympics.

Bovada is the top online sportsbook in the US. The site is open to residents of all but four states (DE, MD, NJ, and NV), and they’ve been accepting American bettors for years. Bovada has numerous Olympics under its belt, and they’ll have literally thousands upon thousands of wagering opportunities available for the 2021 Olympic Games in Tokyo. At Bovada, you’ll find all the bet types you expect, and their mobile site – which is compatible with iPhone and Android, along with other modern connected devices – lets you browse and bet quickly and conveniently.

OlympicBettingOdds.com wants you to know that signing up at Bovada is fast, free, and easy, and best of all, it’s 100% legal. Wherever you live, if you’re able to make a Bovada account, you’re able to bet safely and securely. Bovada is the only sportsbook on the planet that has never missed a payout, too, so you can bet on field hockey – and any other Olympic event – with confidence. New members who join Bovada can even get up to $250 in deposit bonus free-plays, padding their bankroll and expanding their options on the boards. If you’re only going to join a single sportsbook for your field hockey betting, making it Bovada. Trust us, there’s no better one-timer out there! 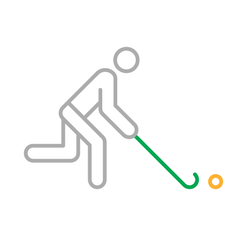