Watching figure skaters move gracefully across the ice while performing a multitude of acrobatics is one of the most popular sports at the Winter Games, being one of the original sports in the 1924 Olympic Games. In anticipation of being mesmerized by an athlete's every move, avid fans can also be learning more about the Olympic Figure Skating betting odds for Beijing 2022. It is never too early to turn your favorite game into a lucrative hobby by placing money down on the line. The key is to know where to bet, and where to find Olympic gaming sites that accept players from all over the world.

As we countdown to see the top figure skaters from every nation hit the ice and be graded on their triple flips, the Olympic betting odds have plenty of information to handicap with. Betting lines for Beijing 2022 for figure skating are constantly updated on this page. 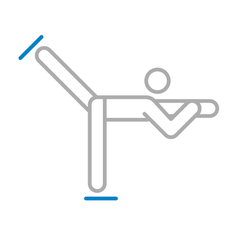 What Events Makeup Figure Skating at the Beijing 2022 Olympic Games?

The Olympic Figure Skating betting odds for Beijing 2022 will be categorized by each event. Figure Skating consists of five total events utilizing different partnerships and types of skating. Athletes wear ice skates while performing specific programs that are judged for their precision, execution, and artistry amongst other factors. There are individual single skating events, up-tempo ice dance where men and women dance together, pair skating where men and women skate in doubles, and the final team event.

Within the single skating event, there is a men’s category and a women’s category. The athletes must perform a short program and a free skate. Jumps, spins, flips, and other elements must be included in the performance.

In pair skating, men and women skate together. The program consists of a short program and a free skating program, where the pair must perform throw jumps, death spirals, overhead lifts, and other technical maneuvers to be judged on.

The team event gives a country the chance to earn another Olympic medal during the Beijing 2022 Olympic Games. A nation will choose its best athletes from each event, where judges will then rank the team according to the sum of scores from the men’s, ladies’, pairs, and ice dance events.

Ice dancing draws inspiration from ballroom dancing and is performed by a male/female duo. There are two components of the ice dance – short dance and free dance. Judges will pay particular attention to the precision of the steps that the skaters use in their routines. Ice dancing is one of the most popular categories of Olympic Figure Skating betting odds for Beijing 2022.

What Are The Rules For Olympic Figure Skating?

How well a skater follows program rules will be a major factor in their overall score and Olympic Figure Skating betting odds for Beijing 2022. The rules for Olympic figure skating differ depending on the type of program that must be completed. All of the events must include a short program and some sort of free dance or skate. For the first time in Olympic history, skaters are permitted to use music with lyrics in all five events. Up until the 2018 Winter Games, such music was only permitted for ice dancing.

Men’s, ladies, and pairs short programs last no more than 2 minutes, 50 seconds. The men’s and pairs free skate lasts up to 4 minutes, 40 seconds, while the ladies’ free skate has a 4 minute, 10 second cut off.

The ice dance short program is anywhere from 2:40 to 3 minutes, with the skaters not leaving their partners for more than 5 seconds. Rhythmically, the music must be a Rhumba but can also feature other Latin American beats. For the free dance component of the ice dance, the only musical requirement is that it is attention-grabbing and has a defined beat.

How Is Olympic Figure Skating Judged?

Two scores are used to judge the competitors, a Technical Element Score (TES) and a Program Components Score (PCS). The TES is decided by a 3-person technical panel and a 9-person judging panel. The technical panel assesses elements such as spins, jumps, flips, and footwork, while the judging panel focuses on execution.

The PCS is based on the overall presentation and artistry. Nine judges will create marks for skating skills, transitions, performance, composition, and interpretation. A computer will randomly eliminate scores from two of the nine judges. The highest and lowest scores are dropped, and the remaining five are averaged for a total score out of 10.

The Total Segment Score (TSS) is used to determine a skater’s score, which is the TES and the PCS combined. Applicable deductions – time limit violations, wardrobe malfunctions, falls, etc. - are subtracted from the TSS for the final score. The Olympic Figure Skating betting odds for Beijing 2022 are based on the scores recorded for each event.

There are multiple places to wager on the 2022 Beijing figure skating events. With over half the country having legal regulated sports betting, online sportsbooks are another method for legal betting on Olympic figure skating. With a longstanding history of providing Olympic betting odds to USA players, betting on figure skating has never been easier with the sheer number of options. Through our own experience, the featured Olympic betting site with the best reviews always lands at Bovada. Customer service and ease of payout are two considerations we take when making a recommendation, so you do not have to worry about being disappointed in those areas. 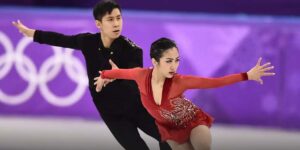 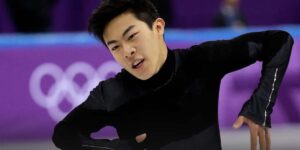 Nathan Chen Not Large Enough Favorite At The Olympics

Nathan Chen has -350 odds when it comes to the men’s Olympic figure skating betting odds. Chen’s performance since the 2018 Winter Olympics forecasts a dominant 2022 Olympic performance. BEIJING – Nathan Chen, one of the top male figure skaters in United States’ history, looks to complete his resume when he competes in the 2022 … Read more 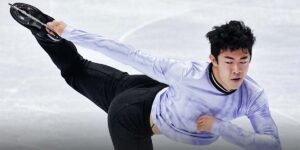