This event is without a doubt one of the most grueling and mentally straining experiences any athlete can put themselves through. The triathlon consists of swimming, cycling, and running, all of which involve your total body and require unparalleled cardio strength. Olympic triathlon betting odds for Tokyo 2021 gives normal spectators a chance to place wagers on the athletes that are competing on the highest level for three different sports.

There will be a total of 55 athletes combined competing between the male and female athletes. That means there will be plenty of choices for you to bet on who takes the gold medal. Many choices mean choosing a sportsbook that is willing to take in those high number of bets. We’ll go over where you can find these betting lines along with the legality of betting on the Olympics in the U.S. We’ll even cover some of the rules of the event as well as some past history so that you can feel more knowledgeable and better equipped to put some money down on one of the longest lasting single events in the 2021 Tokyo Summer Olympics.

Even though the odds have not yet been posted there are several athletes to look out for coming up in the Tokyo Olympic games. The first of them is without a doubt, Alistair Brownlee. He is the only athlete to ever win two gold medals in the triathlon event having won in 2016 and 2012. Coming into the event he will be 32 years old but given his experience, many feel as though he has a strong shot to win again. Over on the Women’s side look out for reigning champ Gwen Jorgensen. She’s an American athlete and was able to complete the last triathlon in 2016 by a final time result of 1:56:16.

Yes, so long as they are using a safe and reputable sportsbook for Olympic betting odds. If you live in a state that has local sportsbook then they will surely have odds for some of the Olympic events. The same can be said for the mobile sports betting apps that those states provide. However, since that isn’t an option for every American, the best option would be to use an online offshore sportsbook. They are available to use on a computer or on your phone in every US state. Since they are located overseas they are able to steer clear of any state or federal laws. The same can be said for users of these sites since there are no direct laws that are associated with American using these sites. They will also be more likely to have odds for the 2021 Tokyo Olympic triathlon event.

The current triathlon betting lines for the 2021 Tokyo Summer Olympics are still in the making as online sportsbooks have yet to release them. Athletes from all over the world are going through their last phases of training and once a clear lineup is selected you can expect the sites we recommend below to have triathlon betting lines. Some of the best lines are those that are initially released so check back with us often to see how each athlete stands in terms of wagering opportunities.

At the start of the race, athletes will have to swim 1500 meters. Once they are finished with that portion of the race they will have to trade their swim caps and goggles for a bike helmet and cycle 40 kilometers. Once they have completed that, the third and final portion will involve them running 10 kilometers. The first one to cross the finish lines will receive the gold, second will get silver, and third will get bronze. They are free to swim as they like, cycle as they please, and run at whatever pace they can. However, athletes can not cycle in the transition zone. The 2021 Tokyo Summer Olympic triathlon will also include a new mixed relay event. This will involve two men and two women competing over a shorter course before tagging their partner to set them off.

PLACE MY WAGER NOW!
BetOnline.ag
Take A Stab At Modern Pentathlon Betting With A $250 Bonus!

BetOnline is one of the most trusted sites by American bettors and those located all around the world. That is mainly attributed to the factors concerning their transaction methods. Not only will you have multiple options for making deposits but you will also have options for making withdrawals. Their payout times are also some of the best in the business with payouts often reaching bettors within 48 hours or less. If you have any questions they also have a very friendly staff that’s ready to answer any questions you have regarding betting on the 2021 Tokyo Summer Olympic games.

Bet Online also knows that if you’re constantly on the go, like the athletes in the triathlon, you may not be able to make it to a computer in time to place your wager. That’s why they have a mobile-friendly version of their site for you to use. Whether you’re using a smartphone or tablet you’ll always have access to all the latest betting odds for every event in the 2021 Olympics. They will even let you try mobile betting risk-free by reimbursing you if you’re first mobile bet doesn’t pan out. BetOnline is as versatile as the triathlon athletes competing in the games which is why it should be your golden choice for an Olympic sportsbook.

How Do I Bet On The Triathlon?

In order to bet on the triathlon event, you will either have to drive to a land-based sportsbook or join an online offshore sportsbook. Joining one of those sites is as easy as creating an account for any major online retailer. It will require you to put in your email, phone number, along with other basic personal information. Once you’ve made an account you’ll have to load your funds and you can do so depending on the methods that the site offers. Most betting lines regarding the triathlon will simply involve you choosing who you think will take home the gold. 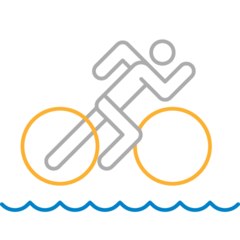 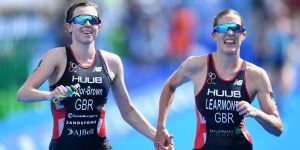