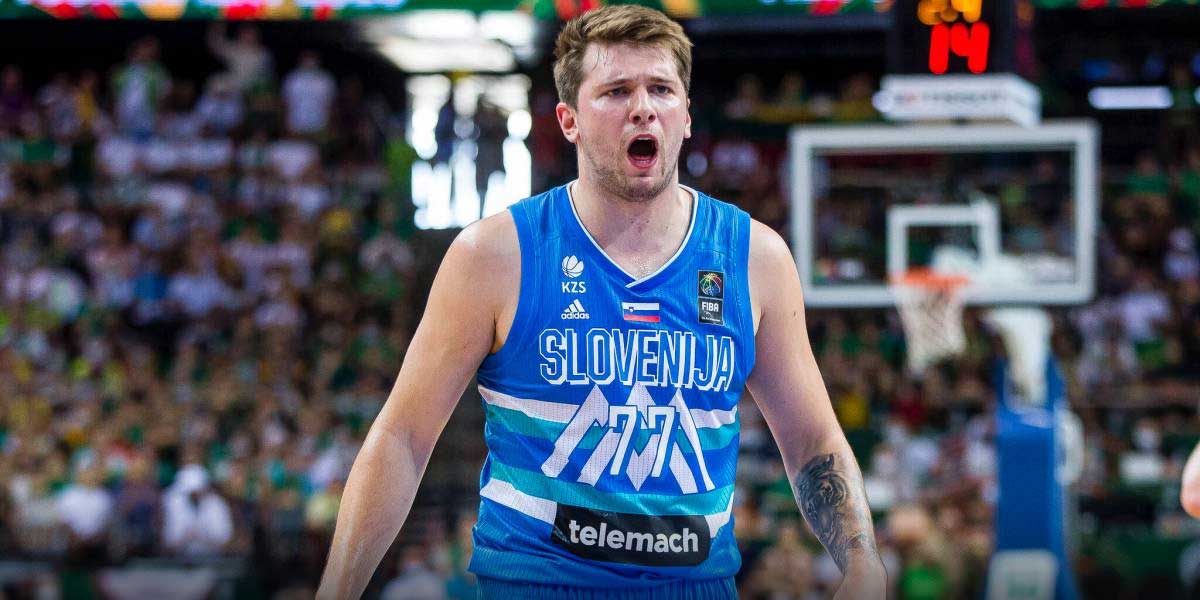 TOKYO – The nation of Slovenia will be represented on the Olympic hardwood for the first time in history this year after qualifying for the Olympics in Tokyo.

Slovenia is led by NBA superstar Luka Doncic, who scored 31 points in a win over Lithuania to propel the nation into qualification status.

Now, bettors can find Olympic odds on the Slovenian team via Olympic sportsbooks where they sit with +2500 odds to win the Gold medal.

Slovenia had an unlikely path to the Olympics due to their absence from the 2019 FIBA World Cup.

Teams that participated in the FIBA World Cup were able to automatically qualify for the Olympics, whereas Slovenia had to enter a last-chance tournament to earn their invitation.

They matched up with basketball powerhouse Lithuania in the final, going up against fellow NBA stars Domantas Sabonis and Jonas Valanciunas.

Doncic played his best on the biggest stage, scoring 31 point with 11 rebounds and 13 assists for the triple-double in the must-win game.

A historic night for @luka7doncic, who helps 🇸🇮 book a ticket to #Tokyo2020 with a triple-double performance! ✈️

Those looking to bet on Olympic basketball can find Slovenia as the sixth-shortest odds to win Gold at the Olympics.

The USA is the dominant team on the betting board with -1000 odds, but concerns over the USA team are prevalent.

Team USA had a terrible showing at the 2019 FIBA World Cup where they were eliminated in the early stages of the tournament. While the roster was one of it’s weakest in history, the lack of cohesiveness from the team was concerning.

This year, players like Kevin Durant, Damian Lillard, Draymond Green, Bradley Beal, Jayson Tatum, and Devin Booker will be in Tokyo wearing the stars and stripes, leading to much more confidence in the USA roster.

Still, with Doncic leading his team to glory, it is possible that Team USA has to deal with one of the most dynamic stars in the game of basketball on their path to the Gold medal.