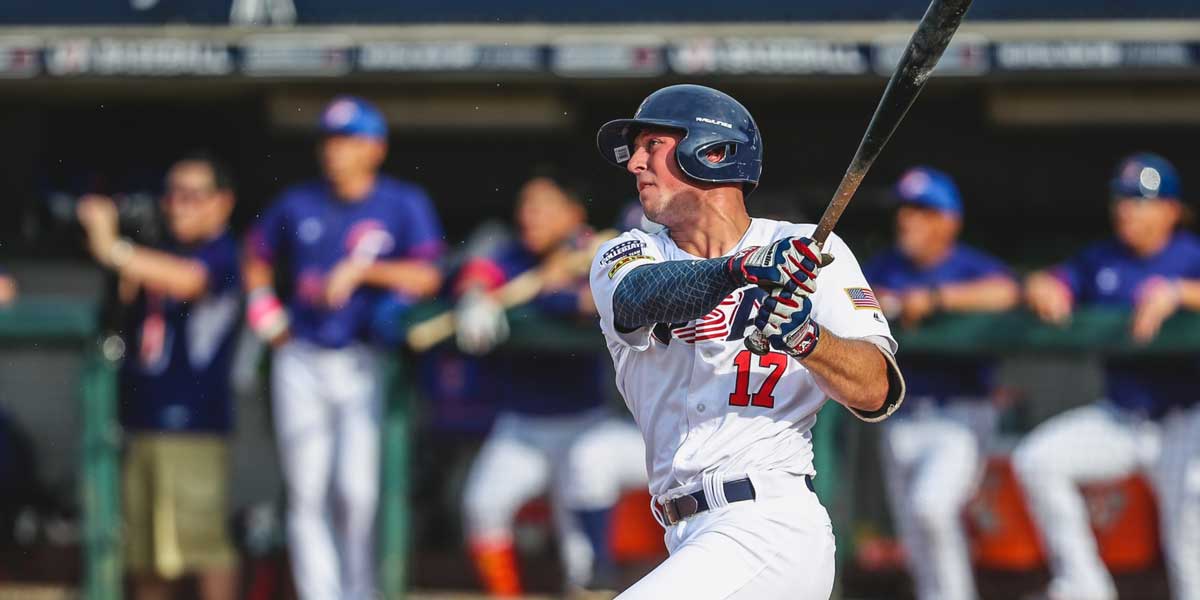 TALLAHASSEE, Fla. – USA Baseball has started looking at potential players for Team USA in the 2020 Olympics. The last time baseball made an appearance in the Olympics was in 2008. With 12 years between events, it is unlikely that any former members will be on the 2020 team making the entire squad a sea of new faces.

A formal ranking of possible athletes will be made through player evaluations and recommendations by the scouting staff. Teams will be contacted in August by USA Baseball seeking permission to use their players for the 2020 Olympics. An official public announcement of the 28-man lineup for Tokyo 2020 will be done by October.

The Premier12 Tournament will be the beginning of qualifiers to make it to the Olympics. The tournament is made up of twelve different teams that span the globe. Team USA will play in Mexico on November 2nd.

Should Team USA fail in the tournament, they will have 2 more chances to make it to the Olympics. After the Premier12 Tournament, there is an Americas Qualifier and then the third tournament in Taiwan. The qualifying rounds for Tokyo 2020 baseball are literally playing by the 3 strikes and you’re out rule.

With qualifiers, there are no guarantees that Team USA will be competing in the Olympics. They need to be able to advance in any one of the 3 tournaments they’re allowed. In 2004, they were unable to make the cut.

“We’ve had people say, ‘When do you go to Tokyo?’ and we’re quick to remind people we’re not in Tokyo yet. We have to qualify,” said Paul Seller, CEO of USA Baseball. “It’s going to be really, really difficult. Seven of the top 12 teams in the world are from our region. FIFA has the pools of death. We have the continent of death.”

The last Team USA was comprised of both seasoned players and prospective ones that had not yet made their mark in the MLB. This new team will have the same makeup, taking the top players from wherever the scouts find them. In general, it’s good practice to have the varying age range for good chemistry; the older players can teach the newer players and the newer players boost the competitive side of the veterans.

“It’s about the best player in the moment, and that could be a lot of different guys,” said Sellers. “Obviously the minor league player is where the bulk of our team will come from, but if there is a player like a former pro pitching in Japan, that might be somebody who is attractive based on their familiarity of the landscape and where we might be going.”

OlympicBettingOdds.com thinks the United States needs to look long and hard for the right players and coaches to make it to Tokyo 2020. This could very well be their last chance for an Olympic medal for some time. The 2024 Olympics will not be featuring baseball as an event. Depending on the ratings in 2020, that could either help or hurt an appearance of baseball for the 2028 Olympics.

The winners for baseball in the 2008 Beijing Olympics were South Korea who took home the Gold, Cuba that brought back the Silver and the United States bringing back the Bronze medal. Practice for the qualifiers will begin in October. Team Japan already has a spot at the Olympics because they are the host country.