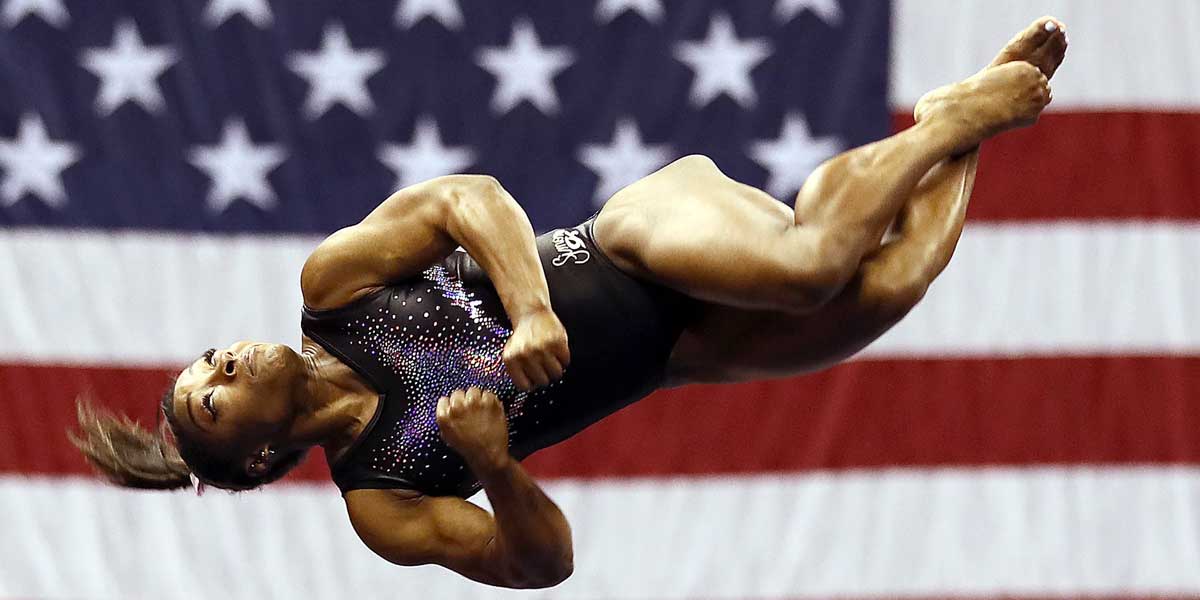 TALLAHASSEE, Fla. – In the Rio 2016 Olympics, gymnast Simone Biles proved to herself and the world that she was a true Olympic champion, taking home four gold medals and one bronze. In just one Olympic showing she became the female American gymnast with the most medals. Now the 22-year-old is back to competing in order to get to Tokyo 2020 and she’s already made history.

Biles became the first female gymnast in the history of the sport to complete a triple twisting double somersault during her floor routine. Not only that, but she was also the first to do a perfect double-twisting double somersault for her balance beam performance. The U.S. Gymnastics Championships in Kansas City, Missouri was a night of historical firsts, all made by Biles.

At such a young age, Biles continues to make a name for herself. She is now the first woman to be the proud holder of six U.S. all-around titles in almost 70 years.

"You'll go your whole entire career and everybody will tell you you're great. But the minute you say you're good, people are like, 'Oh my gosh, you're so cocky! Cancel her,' or this or that," said Biles. "There should be times where we can celebrate whenever we do a good routine. Or if you've been on a winning streak for a year. Or so forth. I think it's something you should have pride in. Not be cocky about it, but have pride in it."

While there was uncertainty as to whether or not Biles would be returning to competing in gymnastics, she has decided to continue her advancement in the sport. The coach she’s had since she was seven years old, Aimee Boorman, moved to Florida to train there after the 2016 Olympics. Biles did not follow her.

Instead, after taking a year off from competition, Biles hired two new coaches. Cecile and Laurent Landi, of Texas, are now part of Biles’ team. They helped gymnast Madison Kocian receive a silver medal in the Rio Olympics for the uneven bars routine. Her new coaches are more about pushing her to go further rather than have routines that are perfect but with moves that are less difficult.

Biles will be competing in an October qualifier for a spot in the 2020 Olympics in Tokyo. She has said that the reason she’s able to do so well is that she is no longer out to prove herself. She is competing simply for the love of the sport. OlympicBettingOdds.com feels that should she make those historical moves in her performances once again at the qualifiers, they will be named after her.