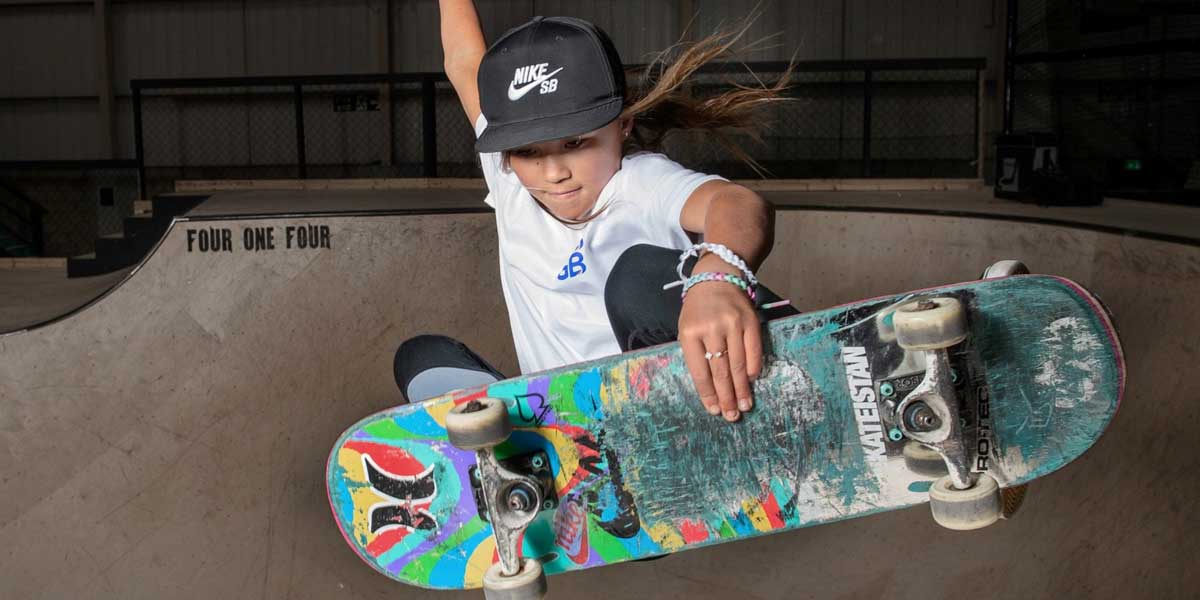 HUNTINGTON BEACH, Calif. – Sky Brown, who is currently 11 years old, could potentially qualify for the park skateboarding event at Tokyo 2020.

Thanks to her accomplishments, it is almost guaranteed that she will represent Great Britain in the park competitions at Tokyo 2020. This will likely make her the youngest Olympian at the Summer Olympics.

"I don't feel any nerves. It will be really cool to be the youngest Olympian. People might think you're too young or that you can't do it, but I want to show that it's not about your size or age. I want to be in the Olympics to inspire other girls to show them you can do anything. I'm excited for Tokyo,” said Brown.

Brown is not just good at skateboarding. She is also an accomplished surfer as well. Tokyo 2020 will also have surfing as a competition. However, Brown decided to focus on skateboarding for the Summer Olympics.

"I like them both the same, they're super similar," said Brown. "But it's like if you go and get ramen and ice cream – if you eat too much ramen you want to go and get ice cream. I used to be better at surfing, but I've been skating a lot lately, and I've got way better from doing contests. It's made me want to go harder."

Brown appearing at the Olympics is almost guaranteed. Tokyo 2020 will feature the inaugural skateboarding competition and Brown is planning to take the competition by storm. Olympic odds on her will likely appear as soon as it is confirmed that Brown is going. The Women’s Park competition will happen on August 5, 2020.