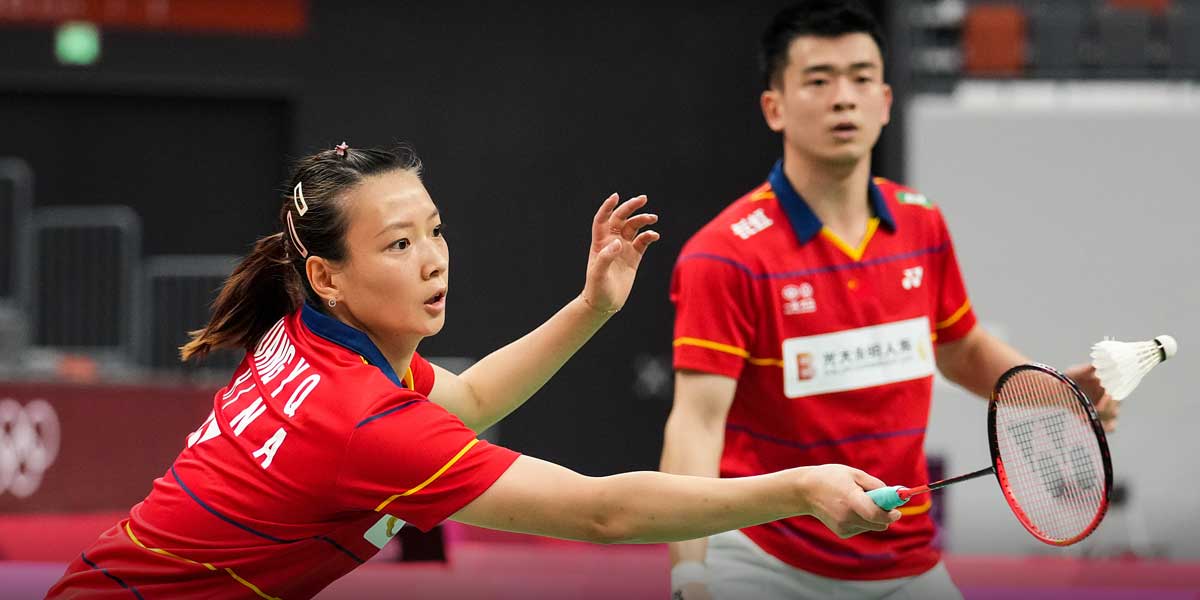 TOKYO – There are likely many people who watch the Olympics that don’t happen to catch any of the badminton events. However, for betting purposes, it can be fruitful and worth the watch.

The mixed doubles and men’s doubles are the first of the badminton events to crown winners.

The mixed doubles event is projected to be a lopsided event. Not only does a Chinese team have -450 odds to win, but the next closest team is also from China.

Zheng Siwei and Huang Yaqiong are considered to be by far the best duo in the competition, at least according to the Olympic betting odds.

Siwei and Yaqiong cruised through group play and the quarterfinals without dropping a single set.

Not only did they win, but often they won easily. The average score of their eight sets thus far is 21-14.

The pair will play the Hong Kong team but should have no issue advancing to the finals. It doesn’t take a Olympic badminton expert to see just how dominant this team is.

The men’s doubles event is expected to be much more competitive as even the favorites find their odds in plus money. However, this doesn’t mean that there aren’t clear-cut favorites.

Indonesia and Japan have their odds set moderately shorter than the rest of the pack.

Marcus Fernaldi Gideon and Kevin Sanjaya Sukamuljo are the favorites, but may not be the best bet.

The team lost one of their group stage matches and despite the grouping being labeled the group of death, there’s ample reasoning to believe that Hiroyuki Endo and Yuta Watanabe are the true top team.

The Japanese pairing got through group play without a loss, without dropping a set, and having the largest point differential (+53) of any team in the tournament.

The bracket is set up in a way where they could meet the Indonesian team in the finals which would make for a very exciting match.