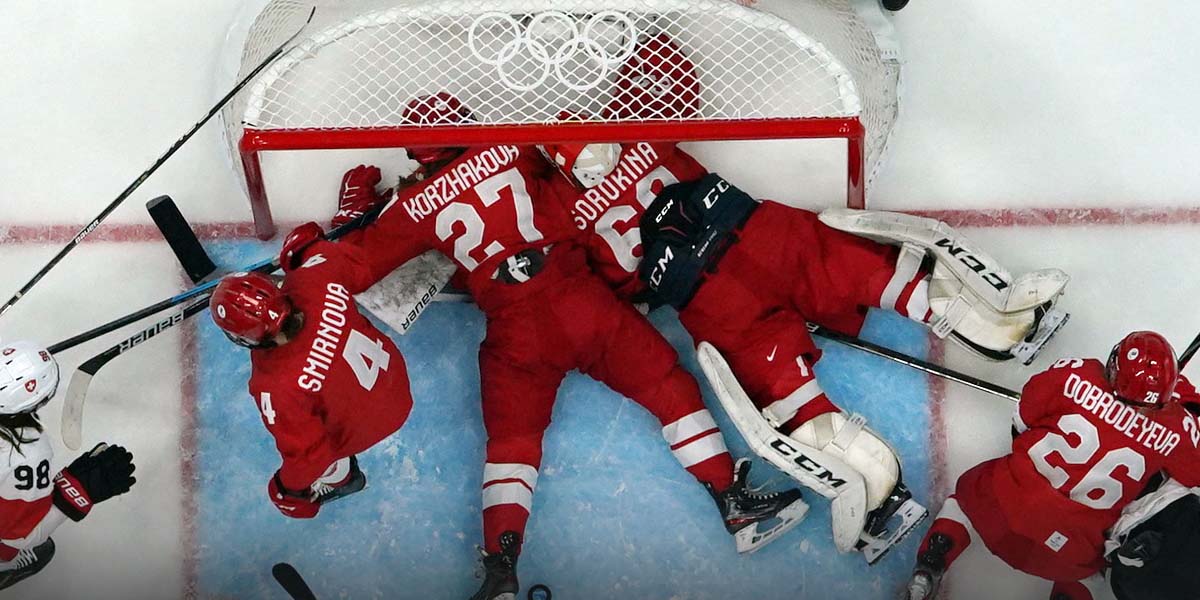 BEIJING – The Men’s Ice Hockey event continues to its second round and sportsbooks are expecting the Russian Olympic Committee (ROC) to make easy work with Denmark.

However, Denmark was the underdog in the preliminary round against the Czech Republic and was able to pull the upset. Their long odds at Olympic betting sites may turn a big profit yet again.

Denmark finished with a 2-1 victory against the Czech Republic while being 2-goal underdogs. This was the first time Denmark competed in the Ice Hockey event at the Olympic games in the nation’s history.

"This is a huge moment for Danish hockey. We're not usually at the Olympics," said Heinz Ehlers, Denmark head coach. "We're so happy and proud right now."

The star of the matchup was Sebastian Dahm, goalie of Denmark. Dahm, who plays for the Austrian Hockey League finished with 39 saves in the game.

Former NHL player Frans Nielsen also had a big game, scoring one of the goals for Denmark. This game showed that the underdog Denmark has plenty of talent on their roster.

The ROC only scored one goal in their win against Switzerland where they held their opponents scoreless.

Their strong defense has led them in the past, however, as Russia is the reigning Olympic gold medal team. Russia is also favored heavily with -600 odds to win Group B.

Denmark is not likely to score multiple goals against the ROC so they need to rely heavily on Dahm keeping Russia at bay.

The interesting thing about this matchup is that sportsbooks hosting Olympic ice hockey odds truly view Denmark as underdogs, giving shorter odds for the game to end in a tie than for Denmark to outright win.

For those confident in Denmark, taking them on the three-way moneyline is the more profitable option. In addition, the tie would also payout well and can be a beneficial choice for those who simply do not wish to take Russia due to how short the odds are.